Map showing the church of St Dunstan and All Saints, Stepney, in 1615

My 7 x great grandparents Joseph Greene and Mary Byne were married at the church of All Hallows, London Wall, on 19th March 1701/2. Joseph, a goldsmith at Tower Hill, and a neighbour of the Byne family, had been born in the riverside hamlet of Ratcliffe, in the parish of St Dunstan and All Saints, Stepney, on 20th February 1677/8 and baptised there on 14th March. Joseph was the son of Captain William Greene, a mariner, and his second wife Elizabeth. I’ll tell Captain Greene’s story in the next post, but first I want to say something about his likely origins and family background.

Tracing Captain William Greene’s origins has not been easy. I’ve been unable to find any definitive evidence of his birth or baptism, though the inscription on his tomb suggests that he may have been born in about 1626. I can’t prove it, but I believe there must be some connection between William and a family of mariners by the name of Greene that can be found in the Ratcliffe area at about this period. In this post, I’ll assume that the link does exist, and share what I’ve been able to discover about them.

The 1634 will of William Greene the elder, mariner

On 16th June 1634, in the tenth year of the reign of King Charles I, ‘William Greene the elder of upper Shadwell in the parish of Stebenheath als Stepney in the countie of Midd[lesex] Marriner’ made his will. From this, we learn that he had three sons, all of them mariners, two of whom – William and Bartholomew – are named. Upper Shadwell overlapped with the hamlet of Ratcliffe, and indeed William’s burial record at St Dunstan’s church describes him as ‘of Ratcliffe’.

Elizabeth, the widow of William Greene the elder, made her own will in 1653, three years before her death. I’ve written about this remarkable document elsewhere. Its primary value for researchers is that it introduces us to an unusually large cast of characters. I’ve counted 72 separate names in the document, many of them described simply as ‘cousins’, a term that was used loosely at this period to mean any kind of relative. Among those to receive bequests from Elizabeth’s will were mariners, ministers of religion, grocers and gentleman farmers, some in London and others in Kent. Many of them had a connection of some kind to the radical religious movements of their day. No fewer than four Puritan ministers are mentioned in the will, most notably William Greenhill who founded the Stepney Meeting or Independent chapel in 1644 and became vicar of St Dunstans, Stepney, during the Cromwellian Commonwealth, though he was ejected from his living at the Restoration. Bartholomew, one of the three sons of William Greene the elder, was also a member of the Stepney Meeting. He and his second wife Martha Ballard had three daughters christened there in the 1670s. 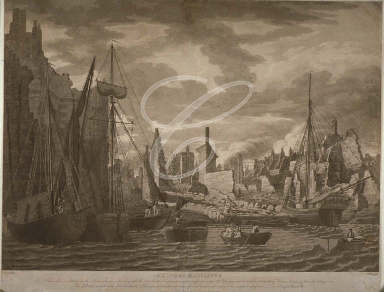 Ratcliffe from the Thames

The connection between this Greene family and my ancestor Captain William Greene can only be a matter of conjecture at this stage. There is an alternative theory which, as we shall see from later posts, receives some support from contemporary evidence. Yet another William Greene of Ratcliffe, a ship’s chirurgeon or surgeon, and his first wife Agnes had a son named William baptised in 1624. The only drawback is that William junior is not mentioned in his father’s will of 1656, which suggests that he may have died by this time. In this will, William Greene, chirurgeon, mentions ‘my loving cousin’ Thomas Cumberford or Comerford, a ‘plattmaker’ or map-maker, son of Nicholas Comerford, a leading member of an important group of chart-makers that flourished in Stepney and Wapping in the first half of the seventeenth century.

My other history sites